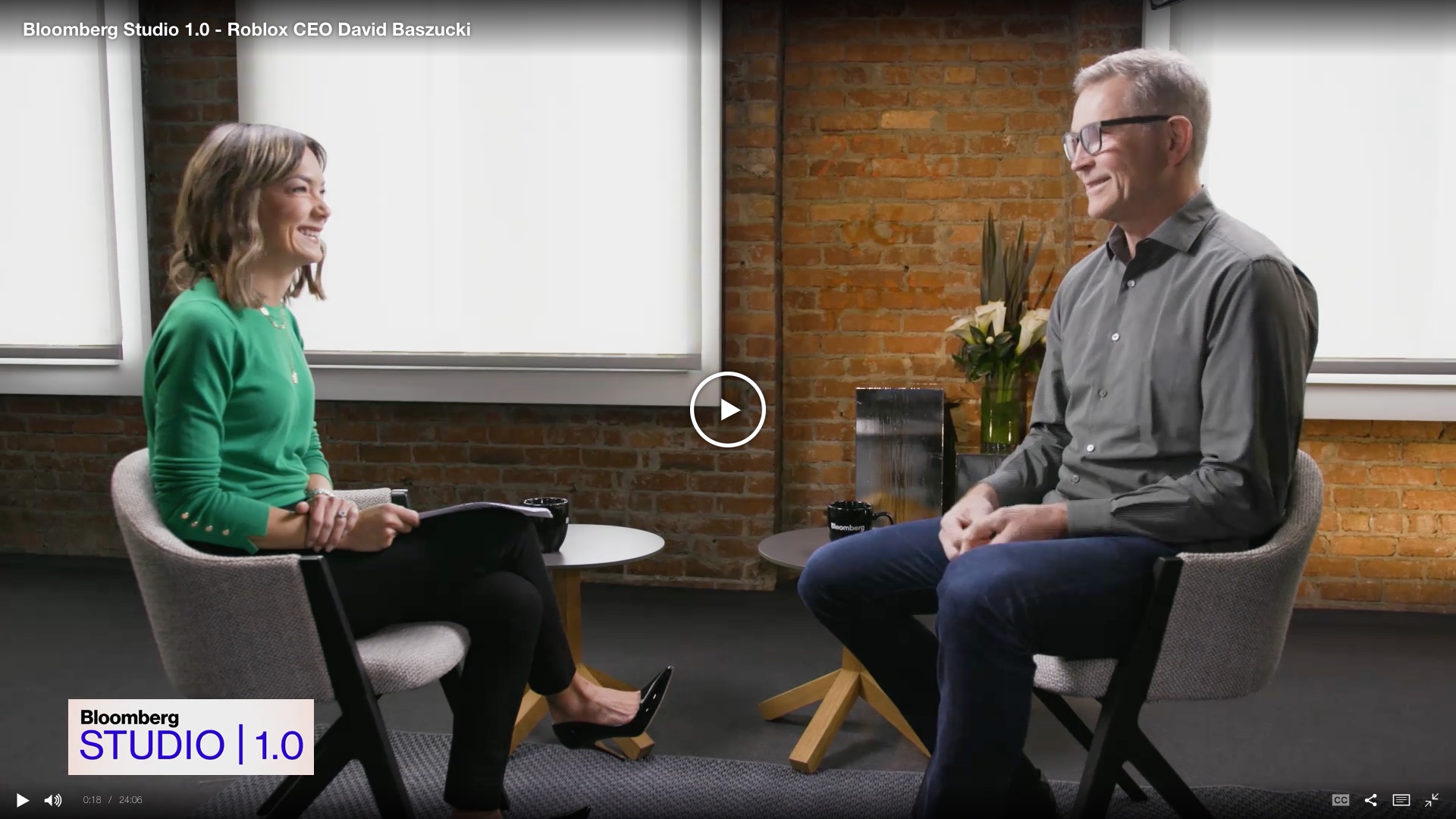 Metaverse is a debated word, if you ask different experts very few of them agree on a unique definition. This is why the interview realized by Emily Chang of Bloomberg TV with David Baszucki for the program Studio 1.0 is truly Interesting. David Baszucki is the CEO and Founder of Roblox, “an online game platform and game creation system developed by Roblox Corporation that allows users to program games and play games created by other users. (…) Roblox is free to play, with in-game purchases available through a virtual currency called Robux. As of August 2020, Roblox had over 164 million monthly active users, including more than half of all American children under 16” (Wikipedia).

Why look carefully at this platform? Is the same Emily Chang that gives us a key reason: “Roblox was building the metaverse long before Mark Zuckerberg claimed a new name for Facebook. But what does the future metaverse really look like?  And how do we cultivate a civil digital society within it that keeps kids safe?”. The answers from Baszucki cover many critical aspects like content moderation, and potential partnership with Meta, Unity, Epic, Microsoft, where the technological elements define the actual possibilities. The role of Apple and Android: in this case the key theme is the store fees and the change of the business model paradigm. After listening to the interview, we have a question:  David  Baszucki is born in 1963, he grew up with the Apple 2 and the television, in 2004 he has created Roblox.  His children, my children,  our children now are growing up with social media and Roblox, what they can create in the future?

Which Sector will be more Affected by Web3?

Davos and the Metaverse: Kindergarten is Closing